Being too available,  Does it often leads to being less valued and disrespected? Would I loose my value once I start showing up too  often and frequent  in his/ her life, or would I be appreciated more?

These and many more are some of the controversial questions many  are so curios  to find the answers to. Especially folks who tends to show more commitment  and loyalty in their relationship.

You’ve heard of the popular saying, ” familiarity breeds concept’. People use this quote often to denote that being too available in someone’s life may lead to a situation of being taken granted. But the question is, is this a  really proven fact or just a general misconception?

This question may not have a specific answer, but depends on several factors. I.e the nature of the relationship, the person involved,  the intention and mindset of one or both partners.  This implies that being too available may affect relationship A and may not affect Relationship B.

Some relationship tends to become more stronger as soon as one or both partners began showering each other with lots of attention. There are people who were never in love with their partner initially, but their love began to grew as a result of the affection and care they got. In other words,  rather than make them loose interest, it stimulated their interest. That is the reason why the conception of loosing one’s value in a relationship solely because one is too available is not always true, but dependent on several factors which was earlier explained..

I’ll be explaining this factor one after the other.

Being too available in a relationship. Some factors to consider.

Nature of the relationship

The nature of a relationship is a great determining factor of whether or not one may be taken for granted when he/ she becomes too available. When someone sees you as a fling  rather than a partner or soul mate, he/she maybe less bothered about receiving attention from you, because they desire nothing else aside the sexual pleasure they get from you.

And once they discover you are becoming too needy, showing up too often in their life, they will find a way to scare you away or flee. This is because you seems to be going in contrary to their intentions.

It is necessary to understand the nature of your relationship before throwing yourself at someone. Ensure that  their feelings, objectives and interest are similar to yours, before demanding to be valued.  It takes two to tango. Make sure you are in a well defined relationship. Else you will always be taken for granted.

Familiarity can only breed concept when someone ain’t seeing a future with the other who seems to be giving much of his/ her attention and also desiring to have it reciprocated.

Being too available can only diminish value if one or both partner are too egocentric and full of themselves.

People who value their relationship can never get tired of being in each other’s company or spending time together.

To such people, there’s nothing as being too available. No time spent together is ever enough. There is always willingness to do things in a mutual way.

There’s the desire to have each other around. So in this scenario, it all depends on the egoistic state of the parties involved.

People who value their Ego more than the relationship will feel threatened once they discovered that you are becoming less available. But when you were much available, they will term you ” needy and desperate” thus going for the ones that they appears unavailable and less reachable.

Sometimes, the reason why you may be neglected may not really be because you are too available.

But because your availability has no positive impact to someone. You can be less available and yet not missed, while on the contrary, you might always be available and much more appreciated to the point that going invisible  for a short will create a vacuum in the hearts of others.

Does your availability often breeds  negative attitudes such as nagging? Insensitivity? Pride? Disloyalty? Fury? . if that is the case, be rest assured that your Availability  may become a burden to some people. This is where majority complains of being ignored because they are much available. But when your availability comes up with so many positive attitudes such as peace of mind,  submission, respect, intelligent views and mindset. You will be more desired every now and then.

You can also check out this external source being-available-hurt-relationship.

There are numerous and attractive manly characteristics,  but when it comes to relationship,

There are more attractive features that arouses the interest of the opposite sex. It may vary from individual to individual as we all have our preferences.

However, some characteristics are commonly and generally  known to be more attractive especially when considering a life partner.

Every man is unique in his own way.we all have our weak points and strengths. A times, one may outweigh the other. But it is our earnest desire to have people judge us by our strength rather than your weak point.

It is our expectation to be  admired  by the later than the former. And so to that effect,we try as much as possible to exhibit an admirable and adorable quality of which we ought to be remembered of.

Men and women differs in a very diverse way. Especially when it comes to relationship and marriage expectations. Hence the term ” manly characteristics “.

For instance, when a man wishes to settle down, there are vital qualities he may look out for or expect to see in his ” supposed partner”. Others maybe vital, but these qualities are said to be his “basic preferences”and ” top priorities”. Same is applicable to women.

I’ve often hear people lament that men are scum or that women are wired. Such bitter expression usually occurs after having a severe heartbreak from the opposite sex.

But this has less to do with ” generalization and more to do with understanding manly and womanly qualities that attracts both genders.

Having a good look is good, being tall and having an attractive/ killer body is equally awesome. However, there are more awesome and  manly characteristics that nearly all women want or desire. They are not feminine qualities and so it is the dream of most women to have their partner in possession of them. So what are these qualities?

Every woman desires to have a man who is not just good looking but smart and intelligent.  Such characteristics is so appealing. As a matter of fact, it is one of the qualities that most people look out for on a first date.

Imagine being with someone who finds it difficult to engage in a meaningful conversation with you or initiate an intelligent dialogue.

This could be a  turn off to most women. A woman will easily get bored being with a man who have a poor expressive skill.   Having good looks without being intelligent or smart may not attract the woman of your dream. 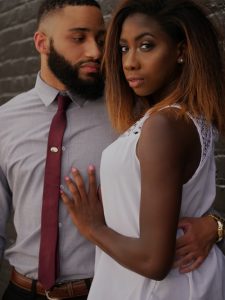 This is one of the manly characteristics that is so popular and most sought for. Relationship is not a military platform where instructions are meant to be followed strictly without any objection. Relationship ought to be a free and fair  union,  where both parties  are  free to share their opinion and thoughts regardless of how boring, wired or absurd it might sound. Being mean always is unattractive. Women admire men who can joke when necessary and also express a sarcastic statement once in a while. This is what most women look out for especially on a first date.

Most men are shy and introvert, no doubt about that. But the truth is that such trait can be unattractive.

Being shy and introvert is more of a feminine trait than masculine trait.  Women love it more when they have men who ain’t scared of expressing themselves.  Men who are not phobic in making the first approach irrespective of the possibility of being rejected. Men are known to be hunters. They love the chase and not the other way round. In other words, most women will find it awkward having a man who can’t make the first approach as a result of his introvert nature.

This is a manly characteristics that most women never jokes with.

Every woman desires to have a man with  whom she can feel secured around. A man who will be ready to protect and defend her at all times. Women are known to be weaker vessels.

The  Emotional differences In men and women confirms that men are from  Mars, while women are from Venus. In other words, men are known to be stronger and more emotionally stable, while women needs to be protected and pampered at all times.  If a woman ain’t seeing that protective nature in you on the first approach, she might take a walk.

You don’t need to break a bank to impress a lady, neither do you need to owe a city to get attracted to your idea woman.

However, you need to be ambitious and goal oriented. You need to be focused and show a high sense of optimism in whatever you do.

Every woman wants a successful man. Being Successful does not imply you must have a huge amount of money in your bank account. But it does  means having the determination to succeed at all positive cost.

Being career, skilled or business oriented. Contrary to some men’s perception. Women are not all   materialistic   in nature. She might decide to take a walk, not necessarily because you are broke. But because you ain’t doing anything to come out from that state. You feel relaxed and comfortable,  hoping that manner will fall from the sky.

Any responsible and reasonable woman will most likely stick to you once she discovers you are industrious and purpose driven. You might not be  wealthy today, but once she observes that  you have vision  and striving to be better, she will get attracted.

When you have value for yourself, it will definitely attract value and respect from others. But when you look down on yourself,people will have no choice than to follow suit.

This is a natural phenomenon.  You maybe wondering why women get more attracted to men especially players  who tickles their fantasy via their charisma, and yet neglect that nice and good gentleman who had been pleading for their attention. Is all about esteem. high self esteem is naturally attractive and unnegotiable.