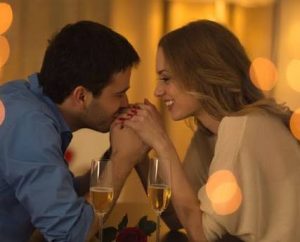 Dating a narcissist can be so daunting and stressful especially  when you wish to be in a committed relationship.

Who is a Narcissist?

A narcissist is someone so  obsessed by him/herself. Narcissist  admire themselves a lot to the point that they often think less about others.

Narcissism is a negative  attitude filled with self centered attitude and ingratitude.

Here is the difference

While a narcissist values him/herself and posses self confidence. However, they think less of others. They are often Egocentric.

On the contrary, a self  esteemed individual may  have  confidence on him/her self, admires him/herself, but takes the interest of others into consideration.

In other words, they are not self centered or exhibits any trait that shows that.

Dating a narcissist is very common, but a times, we may not know we are dating one till we be begin to see some signs indicating such.

Signs you may  be dating a Narcissist

They are often possessive

Narcissist can be possessive to the core.

Because they have this feelings that the world revolves around them.and so that mindset gives them the impression that being in a relationship with you implies that you shouldn’t have any other friends of the opposite sex. have you ever been in a relationship where talking to a member of the opposite sex signals a great taboo by your significant other?this could be a sign that you are dating a narcissist.

The “me”, i  and myself mentality”

Just like we mentioned earlier, narcissist individuals tends to be self centered. Because they are so engulfed by their own personality and what derives them joy, they would not mind if you displease yourself just to get them pleased.

What ever it takes to make them happy, they would not mind having you do that, even at the detriment of your own happiness.

Have you ever dated someone who nags every now and then, complains of not giving them a lot of attention, without considering your busy schedules. This could be a great sign you are dating a narcissist. 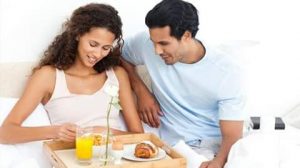 Dating a narcissist is synonymous to being in a relationship with someone who feels is his/her right to have anything they wished for, or get anything done for them  without minding the possibility or  circumstance behind making it happen.

To them, being in a relationship involves getting a lots of benefits even when they hardly give any. You can easily identify this people by their incessant demands. because of their quest for admiration  and relevance. Most are known to be so materialistic     and insatiable.

One major problem about narcissist is that though they are sensitive toward their own need and feelings, they care less about other people’s feelings.

Their lack of empathy is derived from their  self centered nature. Have you ever dated someone who you care a lot for and always sensitive enough to detect their mood? whereas they  Don’t  care about your mood .You might be battling with depression  and other psychological  problem, with the assumption that they would be there for you. but alas, you were wrong. you confided in them hoping they would be a shoulder to lean on. But unfortunately, they showed no concern whatsoever concerning your burden. Rather than being a shoulder to lean on, they contributed to your burden.

Most narcissist shows signs of clingy ness as a result of their excessive quest for attention.

They can be obsessed when in relationship. They handle relationship like their entire being revolves around it. Thus making them needy and desperate every now and then.

Narcissist often feels insecure as a result of their quest for excessive attention and love. They often get Jealous when they observe you are beginning to get too  close to a member of the opposite sex. This insecurity a times is often accompanied with nags which seems to be a turn off to most people.