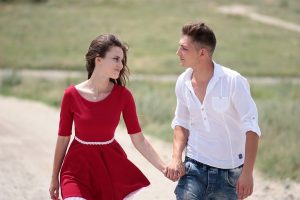 Most relationship doesn’t last irrespective of how both couples began their love and emotional journey.

No doubt, love is a beautiful feelings, and being love is awesome too. Fallen in love for the first time leaves with you with this unusual feelings.

The butterflies in your tummy, the cold shivers down your spine, to mention but a few.

Those early years of friendship when your heart beat rate increases as soon as your eyes both locks together. You can’t deny the chemistry going on already, that you wished your friendship would lead to something more serious and great.

Fourtnately, your wish came to reality. You soon found yourself in a relationship with that very special person whom you’ve always  anticipated to be with.

What more can you ask for? Everything was moving well in the begining and during the Dating phase  then, all of a sudden, things began to take different shape.

The euphoria that once existed began to depreciate. And before you could say jerk, you’ve both gone your different ways.

Is hard to come into the terms that everything has crashed, sometimes without a prior notice.

It happened so quickly that you still find it hard accepting the fact that you both  are no longer a couple. such feelings can be daunting. I’ve also received several complaint by people who lamented that they have been in several relationships, yet none had  ever lasted.

It all comes to an end at a time they never expected. I know you are also wondering. could lack of love be attributed to the reason why most relationship doesn’t last this days? Is love becoming an illusion this days? Or is there anything you could have done to avert the break up. don’t worry, i will clear your curiosity in a giffy.

Why most relationship doesn’t last.

This is one of the basic reason why most relationship doesn’t last..RESOLVING ISSUES IN A LONG TERM RELATIONSHIP is a great way of sustaining a relationship. No relationship is perfect. Out of every successful marriage, there are usually couples who underwent through a lot and yet came out stronger than they were before. But what do we see this days, every issues poses a threat to a relationship, irrespective of how committed  the relationship might have been.

The mistake to make is to think that every issue or misunderstanding should  automatically become the end of a relationship. Unfortunately most people have this mindset.  Any little misunderstanding, one or both begins to contemplate on breaking up with each other.

Misunderstandings are like test, and for your relationship to progress to the next level, you both need to pass this test because this test shows how competent you are to overcome other challenges you might face in your marriage. You can only pass this test by agreeing mutually to resolve any issue or challenge you might face together. most especially without involving a Third party. 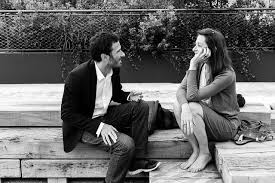 Most relationship doesn’t last because one or both partners have this me, myself and i mentality. no effort is made to strengthen the relationship, no effort is made to make the other happy.  You didnt give me this, you didn’t get me that. The one at the receiving end usually don’t have any other  option than to end things in other to save his/her sanity.

A guy once lamented on how he ended his two years old relationship. According to him, his girlfriend was insensitive. her incessant demand was begining to choke him. even when he is depressed or passing through difficulty, he wouldn’t mind demanding one favour or the other.

Another lady complained of having a man  who places more priority and value in his sexual libido than  her supposed loved one.according to her,  He wouldn’t mind sleeping with her against her wish, as long as her sexual urge is satisfied.  such mentality and attitude usually leads to break up as nobody wants to be in a relationship where his/her own needs are neglected.

often times, we do things or portray some characters without knowing that it is a turn off to other people. we behave in a certain way, without knowing that our loved ones a’int comfortable with it.  You may not be doing it deliberately, but because you are ignorant of it, you won’t know that someone else finds it uncomfortable.

If you are wondering why most relationship you go into doesn’t last.

i think  is high  time  you examine yourself thoroughly and ask yourself certain questions like . where am i not getting it right? What am i not doing right? you may/may not be the problem. but try and find out, before going into hasty conclusion and judgement  that All men and women are the same. Don’t assume that you have the most perfect character. Find out first so you can improve. assuming you are the problem.

This is another major reason why relationship doesn’t last .With the advance in technology, social media has been seen as one of the commonest and effective way of enhancing communication in a relationship. that regradless, it equally has a negative influence to relationship. most people love and copy trends a lot forgetting that what works for A might not work for B”. there are individual differences and characters.

Most people copy what their friends or others do on social media, then begins to mount pressures on their partners to have their’s done in similar way. Some compare and contrast a lot. And with such comparison, the tendency of loosing interest is on the high side. An example is pressurizing your partner to post your pictures together, even when you know they don’t fancy such publicity. you may end up loosing them out of your own selfish interest and motive.

Another typical example is in the issue of always stalking your partner to know who commented or didnt comment on their picture or post. Insecure people do that a lot, and the result is usually suspicion by the stalker accompained with unnecessary jealousy, series of uncalled fights which might lead to the end of the relationship.