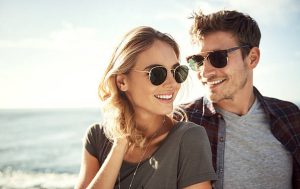 What does a woman want? This question has become one of the controversial question demanding an urgent response.

It has raised so many curiosity in the hearts of men especially men who really wants to sustain their relationship but have this presumption that women are complicated and hard to please. The question “what does a woman want? Can never be answered correctly without first identifying the Emotional differences In men and women.  And how both reacts differently to emotions.

This is why so many men often finds it difficult to understand their woman. They find it hard putting up with their attitudes especially when they consider it  to be wired.

I had  been opportune  to have a close discussion with one of my male friends. the dude seriously lamented on her girlfriend’s wired attitude. He said and i “quote”. Why are you women so difficult to please? No matter how i try to please my woman, she gets more stubborn. What is the problem? I asked him curiously”.

He hissed, “then continued”. Imagine she had been using the silent treatment on me for the past one week.

I tried apologizing for a sin which i knew nothing about and tried all i could to get her communicate with me, but all to no avail.   she kept ignoring me.

I had no option than to comply and reciprocate her silent treatment too. The next thing was, she begins to blame me for not talking to her. When she was the one that initiated the  silent treatment.

Another complained of  similar issue. My wife a times behaves too childish and annoying. At any slightest provocation, she flares up, gets mood swings and warns me not to speak to her again. and if i obliged to her request.

She comes up again to blame me for ignoring her. Am really confused and tired of such insensitive behavior. what does a woman want from a man?she asked confusingly.

Having listened to various experiences and complaint from men. I’ve come to discover that most relationship and marriage failure occurs as a result of inability to understand the needs of a woman. Is not just about providing her financial needs. It goes beyond that. Women are insatiable a times. Blame it on their emotional psychology and makeup. but this is the way they were created to be. and you have no choice than to understand and condone it.

five things a woman want from a man.

Every woman desires to have that partner who is proud of her and makes her feel secured. No woman wants  a rival. no woman wants a man that exposes her to unnecessary competition with other ladies.she wants to feel secured with you.

Hence the usual nags and jealousy.Nagging  is a negative trait, but you have to understand that women do that a lot especially when they feel insecure. so you don’t have to flare up or become aggressive to her in case she does that. But when it comes up excessively, you have to talk to her about it.

Attention and Re-assurance of love.

Women are like babies and sometimes may  behave  childishly when they are in love. Such childish behavior  often puts men off balance.

Just like the above experiences i shared.  Beat a child, she becomes angry with you and tell you not to talk to him/her again. and when you oblige. He/she will get angry for ignoring them. This is true of women.  men unlike women are more logical and always stands firm to their decision.

A man may say something and actually mean it.  It stays like that without having to change his mind. But a woman in love may get furious and shout at you, even tell you not to talk to her again, but she never meant any of those words. she only wants you to plead with her, she wants that reassurance that you still love her.

She may pretend to ignore you, but once you start reciprocating by ignoring her too, she will become furious with you. She needs that attention. Is just a way to send a signal to you that you need to know why she isn’t happy with you. it shows her you care much about her and wouldn’t want to hurt her.

When she says leave me, it actually meant hold me. Funny right? But that’s how it is. she is indirectly yearning for your attention at that moment. and once she gets it, she becomes excited again. irrespective of what might have prompted to her attitude.

She wants you to appreciate her at all times. She knows she is beautiful, but she wants to hear that constantly from you. It makes her feel secured and boosts her esteem.

She needs you to admire every cloth she puts on.

Even if you disapprove of it, do that in a polite and lovely way. “like “honey, i think this other cloth looks better on you, why not try it on than this. and not ” this cloth doesn’t fit you, you look ugly on it, please take it off. trust me, the former statement sounds more lovely and polite than the later. And she will appreciate the  former  than the  later.

one of the great qualities of men women admire so much is the ability to protect their loved  ones. A woman want a man who would be proud of her, shows her off in public and protects her from others who might try to let her down, intimidate her or bully her. Women find that part of men  so romantic. Women are emotional, often times, they don’t like a man that  is equally emotional like them. It is a turn off to most people. Women don’t want a man who would cry with them when they are passing through hard times. but a man who would cuddle them, console them and assure them that everything will be alright.

No matter how independent or financially buoyant  a woman is, she still needs that financial support from you sometimes. no matter how little. It doesn’t necessarily mean she is materialistic.

she only wants to have that feelings that you can support her. for such kind of women, you don’t need to pull down the earth to make them happy. just take them out on a date or dinner. make sure you don’t forget their special days like birthdays and Anniversary. (women are always sensitive about these dates and doesn’t joke with them).

Surprise her with gifts occasionally. it mustn’t be expensive, but what she loves and values a lot.this little gestures makes a woman happy especially when she is in love with you. She will definitely reciprocate, if she loves you too. Similar article you may love to read .What do men want?

14 thoughts on “what does a woman want?”