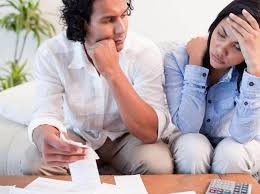 Financial issues in relationship has always been a bone of contention.The issue of finance  has separated so many friendships and families. It has turned friends to foes, sibilings against each other.

It has caused a lot of betrayals among people who once shared mutual interest  love and goals.

Money is a powerful tool.A times lending money to a friend entails loosing both the money and friendship, because at the end of the day, you may end up not gaining back your money, which is one of the ways to put an end to a cordial friendship which might have lasted for a very long time.

Relationships is not an exception too, financial issues has wrecked a lot of relationships and marriages. Issues ranging from dishonesty in  financial status of one or both genders, financial entitlement especially for the female folks.

One would ask? Why would financial issue pose a threat to a relationship or marriage when love ought to superceed all?

Here are some reason

Why financial issues in relationships 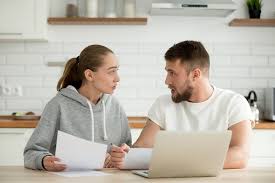 Especially at the initial stage, when you are still getting to know each other.

Unfortunately, at the wooing stage, most single men  often claims to be bouyant when they are actually struggling. Just to attract a lady whom they have been admiring.

Most claimed to be financially stable while they are still striving to make ends meet.  and when the relationship becomes intense, and the truth finally unviels, the woman may find it hard to accept. she will feel hurt and betrayed, not just because you weren’t financial stable.

But because you weren’t honest with her. this does not just happen in relationships, but in marriages too. doing menial jobs to survive but telling your wife to be that you work in a big firm.

And thus, when she comes up with incessant demands, you become furious.

A story was told about a man who told his wife that he works in a bank, when in reality, he dumps refuses for people and gets paid for it.

One day he was caught, and that was the end of the marriage. learn to be transparent to your partner, spouse or intending spouse. they should know what you do for a living. they may not necessarily know the actual figure in your bank account, but they should know your net worth. deciding to stay or leave should be their choice to make and not yours.

Is not right to impress someone to love you. the one willing to love you would do that without hesitation, irrespective of your net worth. Learn to be transparent, so as to avoid engaging in unnecessary fights with them.

this is specifically for people in marriage. one way to avoid financial issues in relationship with your spouse is by doing a  proper budget.

Don’t spend money unnecessarily without doing proper  planning for the week/month. ask your self? How much do we both earn? How much do we need  for the smooth running of the home in a week /month. Then there should be a mutual agreement on how much each of you should  contribute.

When there is no understanding in relationships. Even a little argument automatically turns into a fight. because both parties are finding it difficult to reach to a common agreement.

As both desires to have their individual wants/needs met with out considering their partner’s inability to do that at the moment.

Imagine being in a relationship where you take care of your partner or spouse by always coming to their aid when they needed financial help.

And suddenly, they needed your help when you were temporary bankrupt. You tried explaining to them that you don’t have at the moment hoping they would understand, considering  how you have been of immense help to them in  the past.

But instead, they flared up, became annoyed and threatened to leave. How will you feel? Bad right? You need someond that will understand and believe you when you say you are financially incapable.

One way of avoiding financial issues in relationships is to consider “understanding”when choosing a partner.

Love alone won’t keep a relationship or marriage, but understanding would always do. With understanding, the love is secured.

lack of support for each other.

When there is lack of support, one party begins to feel entitled.

Financial issues in relationship will be minimized if both parties comes to the realization that being financially bouyant should be a mutual effort and not just for one person.

the economy is bad, and relying in the effort of one person may cause conflict in the home as a result of numerous burden  being shouldered on him/her.

While the other sits back to enjoy and feel entitled. In other to achieve  a successful relationship or marriage,   all hands must be on deck. What are you doing to support your spouse? Are you encouraging them by being appreciative of their little effort, or discouraging them by demanding what they can’t afford. And at the same time feeling entitled for it. This should be a food for thought. You may also find this intetesting. How to handle a materialistic woman.