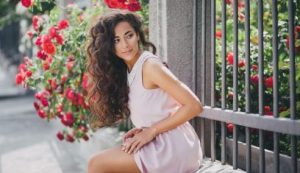 Obsessing over an ex is a very common habit after a terrible heartbreak. The habit is more common among folks at the receiving end of the break up. When a relationship ends in a non- mutual way. The one whose heartbroken was broken  tends to feel the pain more than the person who initiated the heartbreak. And often time, it  leads to psychological trauma and  depression.

When a break up occurs, there are two things usually involved. is either one initiates a dialogue with his/ her partner in other to talk things over and see if there is a chance of getting back together or move on.

While the former may seem so difficult than the later, but in actual sense,the later is usually more difficult. You know why? After initiating the dialogue, you might both arrive at a mutual conclusion that you no longer desire to get back together. And the next thing is to  move on and go your separate ways. But having  the the ability to move on is usually where the problem lies .

most people claim to have gotten rid of any feelings they had for their Ex, but at the thought or mention of their name, the rate of their  heart beat increases,when they  bump into them, their  feet and whole body begins to tremble and shiver. They  know moving on is the best option. But sometimes, they  just can’t help but have their thoughts engulf in their mind all day.

Even with the slim or zero chances of getting back with them, they  still  anticipate to get a bleep from them on your mobile.  They  can’t stop stalking them  on every social media platform even though they  no longer communicate with them.

This is what a we call  obsession. obsessing over an ex can lead to long term anxiety and depression.

Imagine having a strong urge to acquire something, but unfortunately you couldn’t afford it.  Normally, you are meant to keep your eyes off it and remain contended  because you can’t afford it at that moment. But then, you couldn’t  keep your mind off it. This is a similar scenario as to being obsessed with an ex. Before, we talk about how to stop being obsessing over an ex, let’s look at some of the reason behind such Obsession. 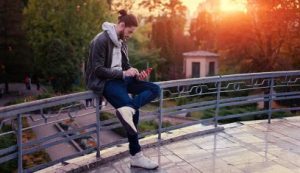 some Reasons why people are obsessed with their Ex.

Expectations of getting back together

moving  on after the break up is usually not easy, but it tends to be much difficult when there is a hopeful feelings of getting back with your ex. is normal to miss an ex after a break up, is normal to sob and worry as  these tend to aid  the healing process. The more you experience them, the better you get with time.

However, obsession sets in when you are stuck with the feelings of an ex with no plans of moving on soon, probably because you are expecting a make up with them which most times doesn’t happen.

And that’s why you get goose bump when you bump into them anywhere.that’s why you keep anticipating for their calls or messages  at every interval. That’s why you keep doing a lot of weird  and absurd things like calling them without having anything in mind to say, and then keeping mute when your  call has been taken.

Recalling only the good memories.

One of the best tactics most people use in getting over their ex is comparing and contrasting  the good memories with the bad memories they had with them,

Unfortunately, People who keep Obsessing over an ex often have a  different view of this.

They focused only on the good memories, thus making them assume that no one would ever make them happy again like their ex, hence the obsession with them.

promises in the past.

Obsessing over an ex, sometimes occurs as a result of the promises that was made in the past.  Remembering these promises and anticipating for them often keep a lot of folks so stuck with the past, without any plans of forging ahead.

how to stop obsessing over an ex

Make up your mind to move on

Every decision in life begins from our mindset. Nothing is possible without the consent of our mind. When you make up your mind to do something, you will always see the possibility of having it done  despite its difficulty.

This possibility is what will stirs up the determination. And so the next course of action  is to look for every possible way to have it done.

Similarly, when one is determined to move on, he/ she ought to try as much as possible to curb every distractions including anticipating for a make up or being hopeful of getting back together.

If you wish to stop obsessing over an ex, assume that the relationship is gone and gone for good. The earlier you accept the reality, the better it becomes.

Getting rid of the past memories

Just like we earlier explained, obsessing over an ex begins when keep recalling  the good old memories without considering how bad the relationship might have been in the past.

Most times, our emotions is often the reason behind this.  It derails us from seeing through the reality and understanding  that which is the best for us. Some people are still obsessed with an ex who abuses them both emotionally and physically.

To such people, love seems to  cover a lot. And that’s why they  feel pained rather than than being thankful for being liberated from such toxic relationship. They knew such relationship ain’t  healthy for them, yet, they ain’t ready to give up probably because they are scared of changing their relationship status to single again.

Such people needs an orientation to realize that one can be Single and still be more  happier and excited than being in an abusive relationship.